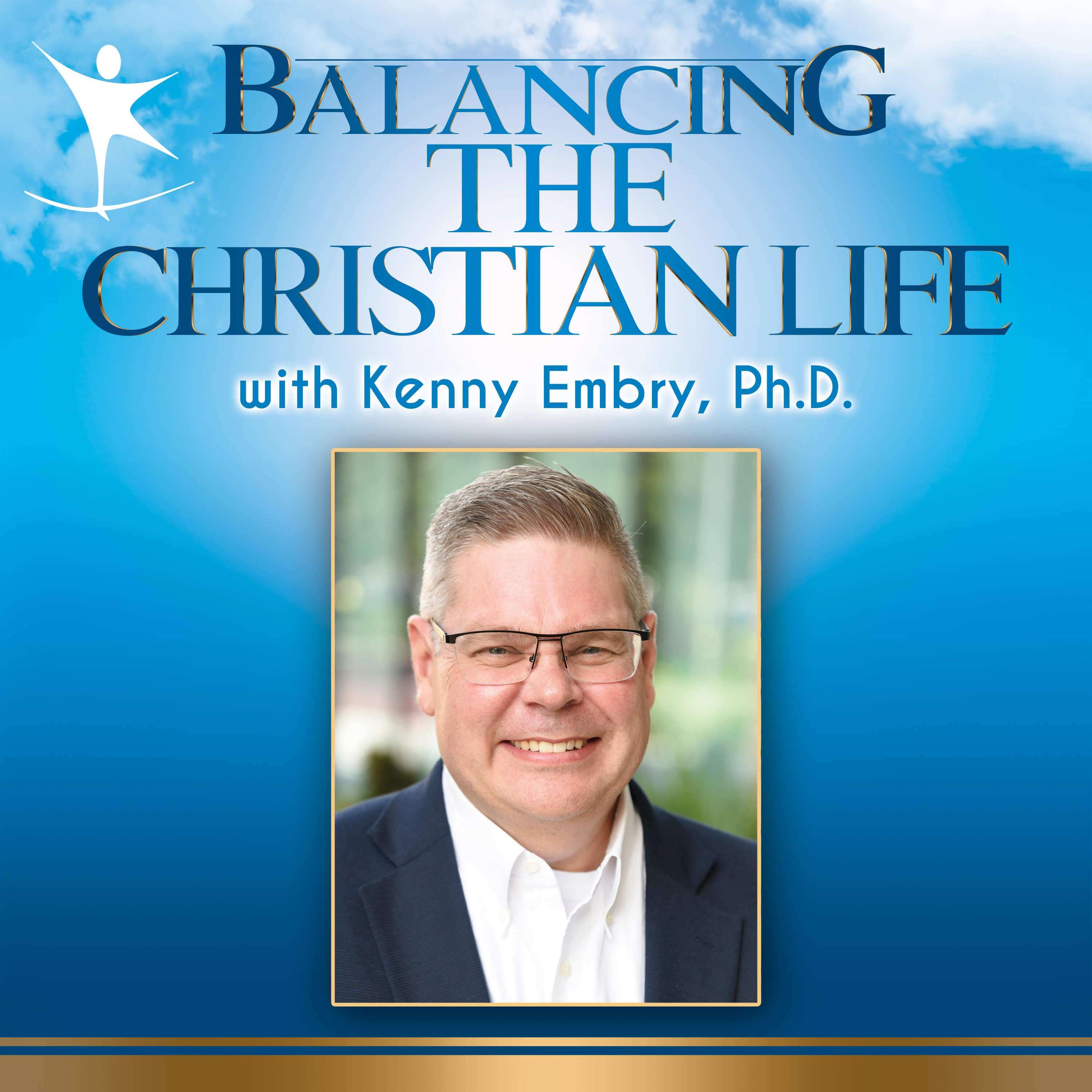 I have to apologize for the audio quality. I had to record in a different part of the house. But I think the content still works.

I’m going into my classroom for the first time this year. I’ve been a college professor for about 15 or 20 years. This is my intro class and it’s filled with freshmen. The first class is almost always the same. Nobody talks. Everyone is nervous. Nobody knows anyone else. Many of these kids are away from home for the first time. They’re going through a transition I’ve watched thousands of times. This is the year they will begin to redefine home. For their entire lives, home has been where their parents and siblings live. And now home will start to become where they live. It is here they will begin to ask some important questions about what they believe, really. Parents are no longer prodding them awake or getting them to go to school. They also have choices about where to be on the weekend, who to spend time with and they can start to question the beliefs and influences they’ve had growing up. Now is when they will decide how to spend money, who they will vote for, who they want to date, how seriously they want to take their education, and figure out what kind of beginning profession they want to try on. The first class is all about getting to know each other, getting to know the university, and getting to know the professor. I’ve watched this change thousands of times, but it never gets old. In some ways this is just a beginning. They will never know less than they do right now, but I can’t tell them that. Not today. By the time they put on a cap and gown and wait for someone to butcher their name on stage, they’ll be able to see their progress. They will have more answers. Some decisions they make here will never be revisited. They will relive these memories for a lifetime. And for some reason, the music they listen to right now will be the music their children ridicule them for in about 10 or 15 years.

One of the first assignments I give them is this. Ask yourself some questions. What are you good at? What do you avoid? Why are you here? In other words, who are you and where are you headed?

I’m also guessing most of this was not new to you. Other people have told us this stuff before. We’ve heard all about good attitudes and doing good things and reading the Bible more. And we may not have heard it divided exactly this way, but none of this was a surprise. This is about what we expected. The beauty of the Bible is it has been around for so long, it’s almost impossible to come up with anything really new. But if we already knew all this stuff, why aren’t we better than we are?

I think there are at least three reasons why this is true. I think it’s hard to change because we never learned to stop and think about what we’re doing, we get overwhelmed by a to-do list a mile long, and we never figure out a good gauge to see how far we’ve come.

My college freshmen know they’re at a crossroads. They’ve been told dozens of times that this is the time in their lives when they will make big decisions. They’ve got the message. They have literally moved out of the house and put themselves in a place to figure some stuff out. For most, going back to live with their parents again isn’t a great choice. They’ve moved past that. Most will get a low paying first job and live in a terrible apartment where they will decorate with all the things their parents wouldn’t allow.  And they’ll be thrilled.

But in our lives, getting these checkpoints seems more artificial and needs to be more intentional. In episode two I told you I had thought about a podcast for three years before trying it. And you know why I didn’t get started? Well, we had to go to the grocery. And the garbage needed to be taken out. I had some grading to do. My kids needed to be picked up from skate night and the oil needed to be changed. And there’s a new season of Stranger Things on Netflix. A podcast? Yeah right. We already have busy lives, or at least lives we feel are busy. I will get to that podcast someday. My life was already full with the busy-ness of life.

James Clear in his book Atomic Habits says that we don't rise to the level of our goals but we fall to the level of our systems. He's right. We’ve already put together a life which is full and has no time to think about things that are important. So the easiest thing to do is not to. Keep getting through the day, to get through the week, to get past this year, to make it to retirement, and before you know it life has passed you by.

But one thing I did right was the ukulele music. I knew at some point I would need that. So, I bought that a year ago on a website. And about three months later, I got a microphone. Then, nothing. And one day my wife asked, when are you going to do that podcast thing. I had talked about it for years, but never pulled the trigger. I felt embarrassed, but there it was. I had gotten the stuff, but I hadn’t gotten started. And I asked myself why. Yes, I asked myself why five times. And when I got to my last why, my answer was I was scared. I was worried I would put this on Buzzsprout and nobody would listen. No one would think it was any good. And I guess I’m a little too old to truly be worried about being ridiculed, but I didn’t want to waste time. I didn’t want to do something which wouldn’t mean much.

I don’t think I’m alone. I think most of us don’t get better because we’re scared of failure, or we’re scared of success. We worry if we stop long enough to look at where we are, we’ll be embarrassed or ashamed and we don’t like to feel either. So we look at specific people around us and think, “well at least I’m better than they are.”

Again, James Clear said “some people spend their entire lives waiting for the time to be right to make an improvement.”

So, let me ask you a question. If your life continues on as it currently is, where will you end up? Is that where you were wanting to go? If so, that’s great. But more likely, you already know you need to change. So, what needs changing.

Well, we may agree these are the seven parts of spiritual maturity. But there are seven. And each of them are broad. They’re big. I mean if you have to focus on finding the right information and doing the right things, and analyzing your habits and what you know and having the right attitudes and finding good mentors and teachers, that’s pretty overwhelming. And I agree. The seven parts of spiritual maturity, if you try to tackle all at once, is overwhelming. In Matthew 17 Jesus told his disciples to start small. He told his disciples to do great things, they needed little things, Specifically, they needed a little faith. I love in Second Peter how he tells us to add to our knowledge, self-control. Then when you have handled self-control, be someone who is steady and makes goodness a habit. Single one idea of spiritual maturity out. Pick one you know needs help. Then find two short, specific things you can do to grow. Make sure that action is repeatable. Then start repeating.

Finally, we need to figure out a way to gauge our progress. For my freshmen, the grade book is often a way to figure out how well they’re doing in a class. The beauty of a grade book is their actions are counted for completion and then analyzed for quality. I understand not all grades are fair. But I have noticed over the years, when students hear there’s a grade attached to an activity, they often do it.

In episode 2, I talked about managing what you measure. That’s exactly what my students are doing. By completing the assignments, they are measuring progress toward a grade. But while they were gaming the grade book, they often learned the material.

To grow up spiritually, I think it makes sense to look at your life according to the seven parts of spiritual maturity, and then give yourself a grade. As I said at the beginning, much of this material was inspired by Daniel. So if Daniel scores best on all of these, how would you fare next to him. Put it on a five-point scale. If daniel is a five on knowing the right things, what are you? If Daniel was a five on doing the right things, what would you be? GIve yourself a grade on each of the seven parts. Now choose one of those seven different parts of spiritual maturity. What is one habit you could make which would get you closer to a higher score? Don’t cheat and choose one for each, just choose one. Just make one incremental improvement, create one habit you can master. Then add to that one. In reality, we can’t do anything than one thing at a time anyway.

The students in my classes don’t really know who they will be at the end of my class nor when they put on the cap and gown and walk across a stage. I’ve seen it thousands of times. Students who I worried about during the process only to see them graduate. One assignment and test at a time. They leave different than they were before. They leave better. They came in scared freshmen and graduated. Now, will you take the challenge to start changing the things you can? It’s the difference between growing up and just getting older. God knows you can do it. He’s seen it millions of times. Just do what you can, and trust he will make you grow.